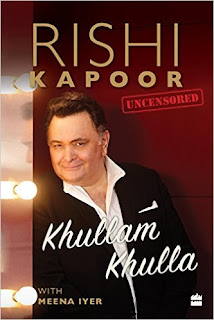 Only, Rishi Kapoor was and is so much more. Few actors in Hindi cinema have had this sort of a career arc: from the gawky adolescent pining for his schoolteacher (Mera Naam Joker, 1970) to the naughty ninety-year-old (Kapoor and Sons, 2016), Rishi Kapoor has regaled audiences for close to fifty years. He won a National Award for his debut, became an overnight sensation with his first film as a leading man (Bobby, 1973), and carved a niche for himself with a string of romantic musical blockbusters in an era known for its angst-ridden films. He was the youth icon that is still the toast of the satellite TV circuit. The songs he


lip-synced are the bread and butter of all radio stations even today. Then there was the second coming after a brief hiatus in the 1990s – as one of the finest actors in mainstream Hindi cinema with powerhouse performances in films like Do Dooni Chaar, D-Day, Agneepath and others.
Characteristically candid, Rishi Kapoor brings Punjabi brio to the writing of Khullam Khulla. This is as up close and personal a biography as any fan could have hoped for. He writes about growing up in the shadow of a legendary father, skipping school to act in Mera Naam Joker, the workings of the musical hits of the era, his streak of rotten luck with awards, an encounter with Dawood Ibrahim, his heroines (their working relationship, the gossip and the frisson that was sometimes real), his approach to his craft, his tryst with clinical depression, and more. A heart-warming afterword by Neetu Singh rounds off the warmest, most dil se biography an Indian star has ever penned.
About the Author :
Rishi Kapoor is one of India’s most popular film stars. He debuted as a child artiste in his father Raj Kapoor’s magnum opus Mera Naam Joker, winning a National Award for his performance. His first role in the lead came with Bobby, a blockbuster that established a new template for the teeny-bopper romance in Hindi cinema. In the 1970s, Rishi Kapoor delivered a series of musical hits like Khel Khel Mein, Laila Majnu, Hum Kisise Kum Naheen, Sargam and Karz. He was also the perfect foil to Bachchan in some of the most celebrated hits of the era like Kabhi Kabhie, Amar Akbar Anthony, Naseeb and Coolie. Over the last decade, Rishi Kapoor has delivered some of the finest performances of his career in a diverse array of roles – a middle-class school teacher in Do Dooni Chaar, a dreaded don in D-Day, a pimp in Agneepath and a naughty patriarch in Kapoor and Sons – far removed from the chocolate-boy romantic hero of the ’70s.
ISBN : 978-9352643028             Price : Rs. 599.00 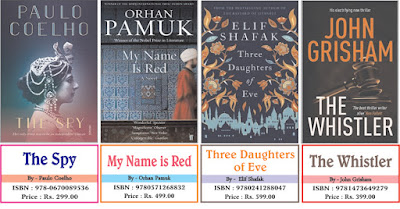