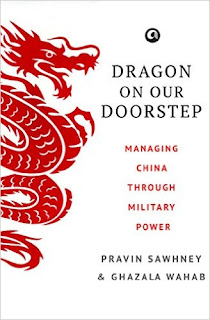 Dragon on Our Doorstep:
Managing China Through Military Power
By - Pravin Sawhney

About the Book :
India might not admit it, but should it find itself involved in a border war with China it will lose. Apart from superior military power, close coordination between the political leadership and the military and the ability to take quick decisions, China has potent anti-satellite and cyber warfare capabilities. Even more shockingly, regardless of popular opinion, India today is not even in a position to win a war against Pakistan. This has nothing to do with Pakistan’s nuclear weapons. It is because while India has been focused on building military force (troops and materiel needed to wage war) Pakistan has built military power (learning how to optimally utilize its military force). In this lies the difference between losing and winning. Far from being the strong Asian power of its perception, India could find itself extremely vulnerable to the hostility of its powerful neighbors. In Dragon On Our Doorstep, Pravin Sawhney and Ghazala Wahab analyse the geopolitics of the region and the military strategies of the three Asian countries to tell us exactly why India is in this precarious position and how it can transform itself through deft strategy into a leading power.
The most populous countries and fastest growing economies in the world—India and China—have cultural and economic relations that date back to the second century bc. But over the years, despite the many treaties and agreements between the two nations, border clashes (including the disastrous 1962 war) and disagreements over Tibet and Jammu and Kashmir have complicated the relationship. For decades China kept a low profile. However, since 2008, when it was recognized as an economic power, China has become assertive. Today, this Himalayan balancing act of power is clearly tilted towards China, in whose view there is room for only one power in Asia. In this rise, Pakistan has emerged as China’s most trusted and crucial partner. The partnership between China and Pakistan, whether in terms of military interoperability (ability to operate as one in combat), or geostrategic design (which is unfolding through the wide-sweeping One Belt One Road project), has serious implications for India. The best that India can do is try and manage the relationship so that the dragon’s rise is not at the cost of India.

About the Author :
Pravin Sawhney has been editor of FORCE (a magazine on national security and defence) since 2003. The author of two books—The Defence Makeover: 10 Myths That Shape India’s Image and Operation Parakram: The War Unfinished—he has been visiting fellow at the Royal United Services Institute for Defence and Security Studies, United Kingdom and visiting scholar at the Cooperative Monitoring Center, United States. After thirteen years of commissioned service in the Indian Army, he became a journalist and has worked with the Times of India, Indian Express and the UK-based Jane’s International Defence Review. Ghazala Wahab is executive editor, FORCE, where she writes on homeland security, terrorism, Jammu and Kashmir, left-wing extremism and religious extremism and contributes a column, First Person. She contributed a chapter on the changing profile of terrorism in Jammu and Kashmir in the book Operation Parakram: The War Unfinished. A career journalist, Ghazala has worked with The Telegraph and Asian Age.
ISBN : 978-9382277262       Price : Rs. 799.00 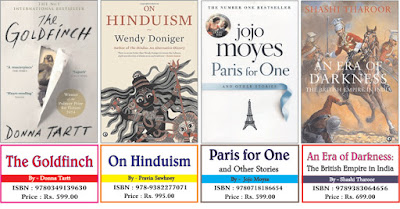