Peace, Poverty and Betrayal : A New History of British India
By - Roderick Matthews 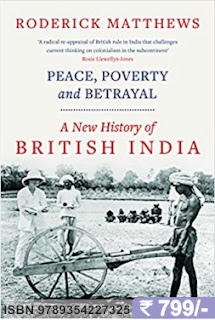